Here is Ahmad’s account of his brother’s struggle with cancer in the last 39 days of his life. “We lost two loved ones in two consecutive years (2011 and 2012), my dear father and brother. It was really painful for our family. Then… in 2013, we found out that my younger brother had a critical stage cancer called 'germ cell tumor' (GCT).

From our conversation with the doctor, we learned that the cancer was considerable, blocking his kidneys and frontal stomach. This caused him constant pain even though the doctor had provided him with the strongest morphine.

He was unable lie on a bed to sleep even for a few minutes. Due to complications he could neither eat nor drink. A surgery to remove an infection left him in even more agony.

It was very heart-wrenching for me to see him struggle and not be able to help him. Two long nights watching him at the hospital made me cry. I lost hope that he would recover due to many complications. I found my prayers to God changing… God… please stop his pain even death is the only choice, I can’t stand to see his suffering anymore.

And even through this long and painful battle, he said thank you to me and told me that he loved me. Deep in my heart, I felt he would leave us soon when he told me that our father and brother had called upon to him for three consecutive nights to join them in his dreams.

Then, on an early Saturday morning… he left us forever. His heartbeat dropped dramatically. Although sad, the expression on his face showed that he had found a peaceful, deep sleep...

As requested earlier to our mother, he was laid to rest beside our father and brother.

Rest in Peace brother. I will miss you a lot.” 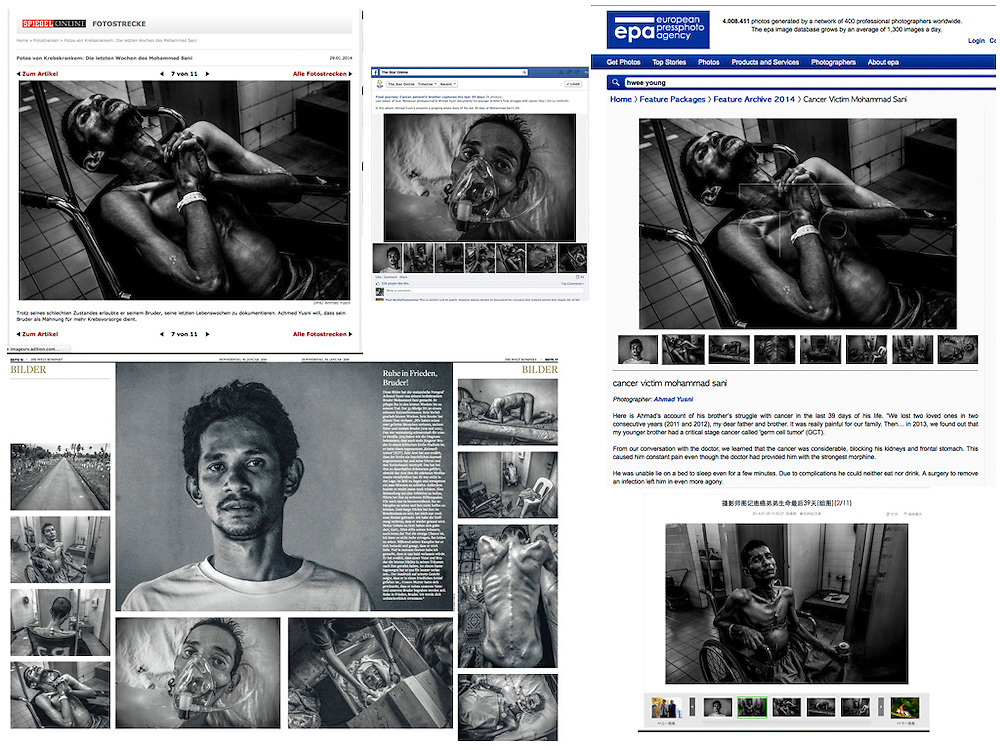